Call for submissions: Festival of Films and Indigenous Arts in Wallmapu 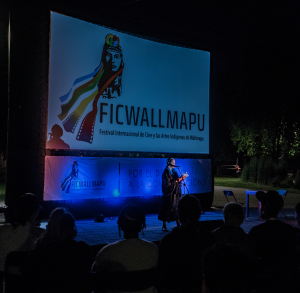 From Wallmapu, mapuche territory, we are opening a global call for submissions of films that make visible the perspectives of the indigenous and Afro peoples of the world, to be part of our sixth edition in January 2021. The thematic focus will be the autonomies and governance, without excluding the usual annual categories. Deadline: July 31, 2020.

Between Monday, January 11 and Friday January 15, 2021, we will develop the sixth International Festival of Cinema and Indigenous Arts in Wallmapu, in the city of Temuco, Araucanía Region, in what is now called Chile by modern states. As every year, we invite  indigenous and non-indigenous audiovisual directors from different nationalities and territories are invited to be part of this event, that from the south of Abya Yala brings together voices, experiences and art towards the meli witran mapu / the four cardinal points from the world.

In each edition, the festival proposes a theme that will be the focus on the viewings, forums and other spaces of the main event and on subsequent roaming. This year is “Autonomies and governance from indigenous and Afro-descendant peoples”, a call to dialogue between different organizational experiences that ancestral peoples have carried out, as part of the history and tradition of communities since ancient times.

As the organizing team of the Festival, we want to point out that “in the current context of crisis of colonial projects that have centered on capital and neoliberal policies, it is essential to look and commit to these processes”, our director Jeannette Paillán emphasizes: “At the basis of all these processes of autonomy and governance of peoples, we always find the fight for the defense of the territory as a common axis, we see it every year with the films that come as a product of our call: the territory as an impulse for the reproduction of the life”.

For this reason, from Ficwallmapu we want to give prominence to the organizational processes of the communities that seek the construction of the Küme mongen, that is, good living, as proposals against extractivism, colonial and dispossession models.

The submission can be done through the following platforms: Festhome, ClickForFestivals, FilmFreway, or by downloading the rules and filling out the form at our web. Inquieries to [email protected]